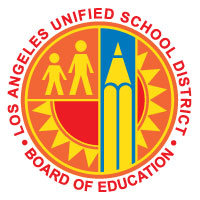 The second largest K-12 district in the nation, the Los Angeles Unified School District (LAUSD) enrolls more than 650,000 students, in kindergarten through 12th grade, at over 900 schools and 249 public charter schools. The boundaries spread over 710 square miles and include the city of Los Angeles as well as all or parts of 31 smaller municipalities plus several unincorporated sections of Southern California. About 4.8 million people live within the District’s boundaries.

The ethnic composition of the LAUSD student population is primarily Latino (73.4%); the remainder are African American (10.0%), White (8.8%), Asian (3.9%), Filipino (2.2%), Pacific Islander (.04%), American Indian (.04%) and two or more races, not Latino, (1%). In all, 92 languages other than English are spoken in LAUSD schools. The District has 161,484 English language learner students. Their primary languages are Spanish (93.4% of English language learners), Korean (1.1%), and Armenian (1.1%) with Tagalog, Cantonese, Arabic, Vietnamese and Russian each accounting for less than 1% of the total. As of October of the 2012-2013 school year, approximately 80% of LAUSD students qualified for free or reduced-price meals. Of the more than 27,000 educators LAUSD employs, 887 are adult education teachers.

Each DACE school has a main campus with multiple satellite sites attached to the main campus. Currently there are 17 stand-alone adult education sites and 234 satellite branches that are co-located at LAUSD elementary and secondary schools, churches, libraries, local businesses, community, WorkSource, family, and senior centers.

Serving this diverse group of students are classes offered in the following AB104 program areas: